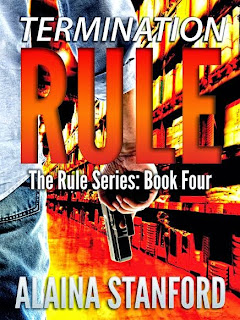 The best rule to avoid an active shooter is prevention. But what happens when prevention doesn't work?
Jake's first job working in the warehouse for Mason introduces him to Devin, a retired undercover police officer. As head of security for the entire contact center complex Devin's influence gives Jake the courage to save a young office assistant, Mia from Paul's unwanted advance.
When Paul is terminated and returns to the complex seeking revenge Jake turns to his new mentor for help. Will Jake escape the active shooter? Will he be the hero once more and save Mia from a fate worse than death?

snippets:
#1
Devin, Alexander’s Head of Security, a tall, man in his late forties with the muscular body of a 30 year old stepped to the front of the line and raised the baseball into the air before the crowd. “Say your prayers,” Devin shouted to Mason who was perched on top of the dunking booth platform.
Mason smoothed back his wavy black hair. His dark brown eyes flashed with challenge. “You may be able to beat me in the boxing ring but I’m betting you’re as bad at tossing the ball as you are throwing a dart. You’ll miss by a mile.”
Devin flashed an evil grin and threw the ball with unmatched fury. A loud ping and Mason plunged into the water. Devin yelled at the booth, “I throw darts like I shoot. I never miss.”
The crowd cheered with delight. Mason climbed up out of the booth and back onto the platform. He smiled at Devin and said, “You were undercover narcotics, Devin. I bet you were so stoned most of the time, you couldn’t even find your weapon much less pull it out and unleash your cop like fury.”
Devin shot another ball at the target and Mason went down again. Climbing back on the platform Mason taunted, “You must have firsthand experience of the effect drugs have on a man’s weapon. How did you ever manage to have any kids?”
The crowd moaned at Mason’s taunt. The third ball shot through the air and Mason went down again. The crowd went crazy. Devin grinned and shouted at the booth, “Stay down, Mason. Give it up before you drown.”

I have one of those brains that won't turn off at night. Many nights I would distract my intellect by revamping a movie, book or TV show in my mind. I would twist and turn the plots and characters to achieve the ending I preferred. That developed into side stories about my favorite minor characters. Each night I fell asleep in the middle of a grand adventure. It wasn't long before I began to create stories of my own and put pen to paper.

I love a good adventure. I love a good romance. As the mother of seven children, I also learned to love to play video games. One day it occurred to me to write an adventure that flowed like a video game and I added a touch of romance. Thus, Hypnotic Journey was born. The HJ characters are like a family to me. They are foolish, daring, resourceful, passionate and dedicated to their friends.

My love for Science Fiction gave birth to the Treborel Series. It’s a paranormal Sci-Fi romance featuring a psychotic villain and a multiple layer
of hero's fighting to survive the chaos.

Links to social media sites for the author

Links to where book is sold

My 10 favorite things(not in any particular order)